Why Do I Need Triple Pane Windows?

*This article is provided by Forbes Magazine Contributor, Sheri Koones*

“It is estimated that 40 percent of the United States energy consumption is used for heating and cooling buildings as well as 75 percent of the electricity.

One of our main concerns in building a house should be in building a structure that requires minimal energy, rather than creating energy. Windows are a major contributor to energy loss in building envelopes (or enclosures); accounting for 12% of total building energy use on average. 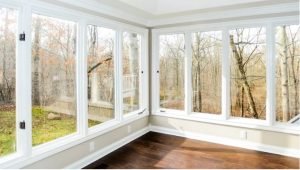 However, window construction has come a long way since the days when only a single pane of glass stood between the inside of a house and the weather outside.

Today, improvements include double- and triple-glazed windows (even four-pane windows exist) with low-emissivity coatings (low-E film reflects heat, with a thin metallic coating reducing heat loss), better U-factor (referring to heat transfer, the lower the U‐factor, the better the window performs at stopping heat flow) with warm-edge spacers to avoid cold bridges (also known as thermal bridges, which are weak spots in insulation), and inert gas (argon or krypton) filling the space between the panes.

Unfortunately the evolution and market uptake of triple pane windows has been slow, comprising less than 2% of all window sales in 2016 (ACEEE Summer Study on Energy Efficiency in Buildings, 2018). The reason for these slow sales seems to be the higher cost, and the heavy weight of the windows, which adds to labor installation, safety issues and the increase in structure to support the windows. Triple pane windows are more popular in European countries, where energy costs are higher and energy efficiency may be a larger concern.

There are several American and European window manufacturers that are supplying excellent triple pane windows. Those homeowners willing to spend the extra dollars to save on energy are embracing these windows. Alexander Kolbe, an architect/builder and distributor of Unilux and Weathershield triple pane windows, uses these windows on all the houses he designs and builds. Kolbe believes the reluctance to use triple pane is based merely on ”ignorance.” The performance and efficiency, depending on the product and manufacturer, is substantially better than for double-paned windows. 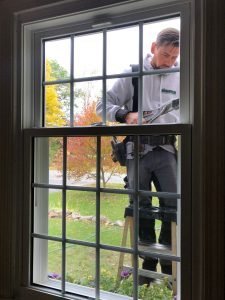 A new thinner triple pane window is now on the horizon that should be a game changer for the industry according to Brad Begin, CEO of Alpen High Performance Products. His company is producing a lighter window with two outer panes and a very thin center glass pane, which may be the next generation of windows. The voids are filled with krypton, rather than argon, since it is lighter in weight. Begin believes these lighter triple pane windows will have a major impact on both the industrial and commercial buildings due to the increasing energy codes and predicts this thin glass will be wide spread in three to five years.

According to a recent study (Hart et al. 2019) these new thin triple-pane windows have the potential to cut energy use in residential buildings by 16% compared to typical double-pane low-emissivity windows in cold climates such as Minneapolis, Minnesota and about 12% in mixed climates such as Washington, D.C. and about 7% for cooling-dominated climates such as Houston, Texas.

Triple pane windows have the potential to reduce energy costs, reduce noise in the home, increase the comfort in the home, reduce the size and wear on HVAC equipment and may offer utility incentives.”

To learn more about replacement windows and how they can benefit your home, contact NEWPRO for a FREE in-home design consultation.