End of Summer Savings
50% off
labor
OR
0% Interest
for 5 Years*
*Cannot combine with any other offers.
Skip to content 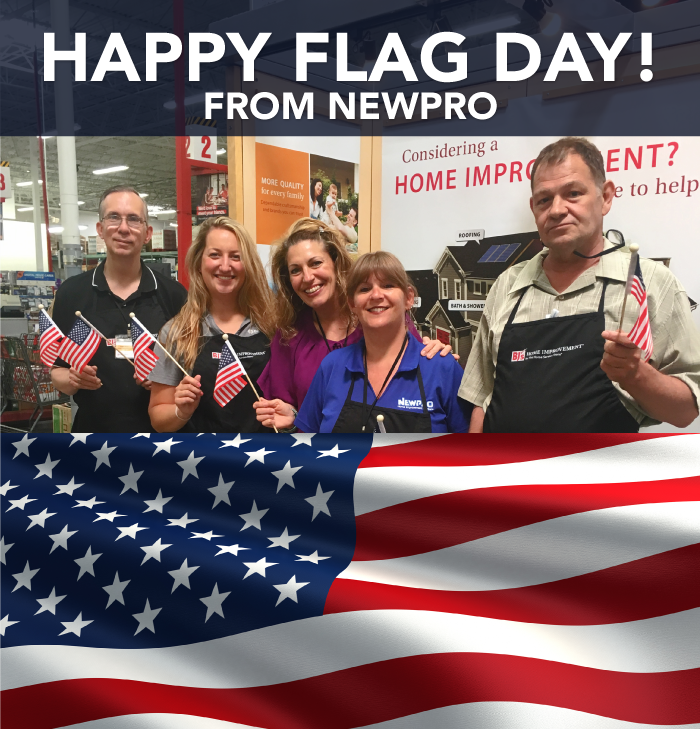 NEWPRO wishes everyone a happy Flag Day! For this holiday, let’s take a look at some of the most interesting facts about our American Flag (from PBS).

On this day in history, June 14, 1777, the United States of America adopted the American Flag by the resolution of the 2 Continental Congress. While this the 240 birthday of the American Flag, from 1777 to 1960, it has undergone several changes and arrangements. These changes normally reflected states being added.

The current American flag consists of 13 horizontal stripes, seven red and six white, along with 50 stars. The stripes represent the original 13 colonies, while the stars represent the 50 states of the union. Even the colors have symbolic meaning, red stands for hardiness and valor, white symbolizes purity and innocence while blue represents perseverance and justice.

August 6, 2018
NEWPRO
End of Summer Savings
50% off
labor
OR
0% Interest
for 5 Years*
*Cannot combine with any other offers.
Claim Savings